skip to Main Content
« Back to the Member Directory index

CD102.5 has been locally & independently owned operated, with the same format for over 25 years. That statement alone makes us a different kind of radio station in today's media world.

The CD102.5 radio adventure started on August 21, 1990 with a little station then called CD101 at 101.1 on the dial. We began with the belief that there was a lot of great music not getting played on the radio. There were some success stories around the country of other stations starting up with this mission and we figured someone needed to start building a great progressive radio station in Columbus. We decided it should be us.

Twenty-eight years later, through a lot of hard work, creativity and more than a few ups and downs, we are stronger than ever. We are now one of the top-rated stations in the Columbus market and the only independently owned alternative station in the top 100 markets in the country. We continue to believe in playing what you won’t hear on any other radio station. Our heart and soul is the music, but it is also our listeners and this community.

We support local music, bring in bands that wouldn't normally stop in Columbus and put on low-cost concerts so we can make live music accessible to everyone. We sponsor local non-profit and cultural events and festivals to help raise awareness about what an incredibly cool, vibrant community our city is. We are part of Columbus and Columbus is an inseparable part of us. 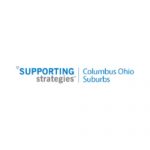 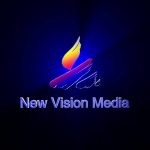 Copyright Small Biz Cares 2022 - All Rights Reserved
Back To Top